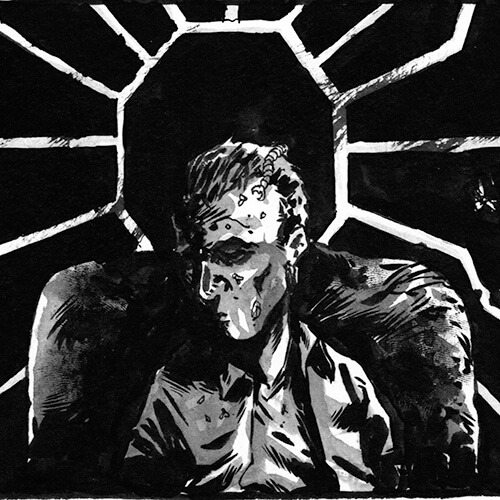 What Lies Inside HC: ON SALE!

Celebrating 10 award-winning years of Split Lip, this nearly 350-page hardcoverÂ collects 13 of the best Split Lip stories from its first decade.Â In addition to the storiesâ€”many of which are remastered and reletteredâ€”there’s over 50 pages of exclusive bonus content, including interviews, essays, commentary on every story, and behind-the-scenes art.

52/52: Dream of the Bat, by Josh Simmons and Patrick Keck

written by Sam on Tuesday, October 18, 2022
Josh Simmons’ samizdat “Shadow of the Bat”—included here as “Mark of the Bat,” along with three other extremely unauthorized Batman stories—is one of the great minicomics of this century. This gross-out version of a truly psychotic and pathetic Batman is compelling, though later stories don’t land as hard as “Shadow”. Book: 34 out of 52

written by Sam on Sunday, September 25, 2022
Ito’s recent story collections lack the verve of his earlier work, I think I know why. His greatest works—Uzumaki and Tomie, of course, and Gyo to a lesser extent—tell a large, connected story, in which his obsessions reinforce the ultimate effect of the series. These one-off stories are too repetitive. Book: 33 out of 52

written by Sam on Tuesday, September 20, 2022
An all-time classic ghost story by reputation and impact on later authors, but to me, a bit anodyne in its impact. Not terrible—especially with its early archetype of the occult detective—but just not enough to enrapture me how I expected. Very handsome volume, though, with terrific art by Alisdair Wood. Book: 32 out of 52